As a room manager you may create room blockings which prevent regular users from booking certain rooms. This feature can be used for special events during which only a few people should be allowed to create bookings for some rooms. If you are not a manager, you ca also block rooms. However, those blockings have to be approved by the owners of those rooms.

To create such a blocking, go to List of Rooms in the Room Booking horizontal menu and follow these steps: 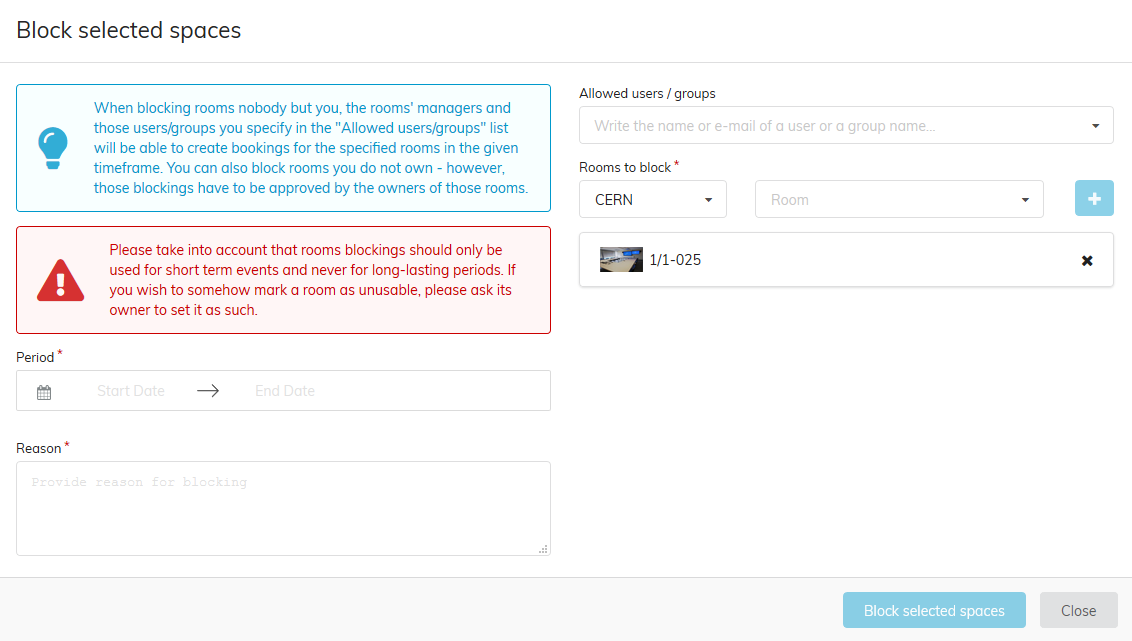